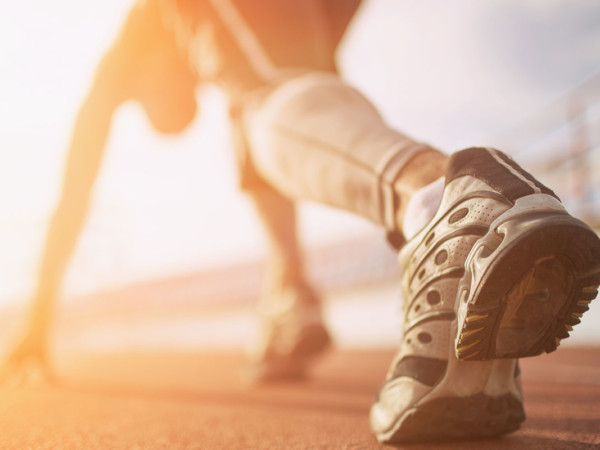 Ankle sprains are common among athletes, especially those playing field events which requires jumping and sudden changes in directions. Children and adolescents more susceptible compared to adults, which is associated to lankiness in movement caused by growth.

The usual mechanism for an ankle sprain is sudden ankle inversion (twisting inward) in plantarflexion (toes pointing down); stepping on an opponent’s foot after landing from a jump and stepping down on a curb are common examples. Sudden pain and/ or swelling on the ankle are expected, as well as difficulty weight bearing on the extremity. Severe tenderness around the area, along with inability to make four steps could mean a fracture and should be watched out for.

Left untreated, ankle sprains may develop into chronic ankle instability, which increases the risk of recurrence; the risk of recurrence is higher than the risk of having a first-time sprain. Residual pain and swelling may also persist, which can cause difficulties in performance. Bone spurs may also develop, which would cause different impingement syndromes collectively known as a ‘difficult ankle’ and will take more time to recover.

Rehabilitation includes the use of ice in the acute phase, and heat in more chronic stage. Exercise therapy is also an integral part of the program such as stretching of tight muscles to increase ankle range of motion. Joint mobilizations may also be done on the ankle joint itself to further increase the range. Strengthening the muscles of the leg and foot can help in providing stability on the area. Lastly, proprioception training exercises to further develop position sense can reduce risk of ankle sprain recurrence.

For prevention, there are no standard, most effective regimen reported yet. However, maintaining a good strength base, flexibility, and balance is a common practice. Proper warmups before then cooldown after a sporting activity should also be observed. Taping and earing braces is still controversial though: studies report that ankle braces are only effective to those who already suffered a previous sprain, but the risk is still the same to those who haven’t had one, with or without tape/ braces.

If you suffered a sprain, and it is causing difficulty in getting back to your usual activities, see a physiotherapist who can help you return to your game. We would be more than happy to bring you back in action.

About the writer:
Alberto S. Ang, Jr. is a senior physiotherapist at Prohealth Sports And Spinal Physiotherapy Centres PH. He has a master degree in physiotherapy and has been active in the sports rehabilitation field for more than a decade now. Outside work, he can be seen playing in some events and bars as a disc jockey.

Our service promise is to provide you with prompt appointments, friendly care and the personalised treatment you need to get better. Make an appointment by call +63 (02) 793 8762 or Email appt@sportsandspinal.ph